You don’t need to be well versed in the latest technological discoveries or have a thorough understanding of all the intricacies of your computer’s design — a superficial knowledge of each of the technologies will be enough to grasp why solid-state drives are increasingly bypassing traditional HDDs in popularity. Unlike conventional hard disk drives, which are made up of fragile mechanical parts that could fail due to the slightest shock, overheating, or even humidity — SSDs rely on semiconductor chips that store data using non-volatile memory. Simply put, being immune to magnetic fields and devoid of movable components, modern solid-state storage devices can eliminate a number of possible causes of failures and breakdowns frequently encountered by hard drives, and provide higher reliability and durability.

Significant performance improvement is another important advantage of SSD technology. Offering faster system bootup and speedier application loading (even when the drive is running out of space), solid-state drives can be a great option not only for users looking for reliable data storage, but also for those who would like to upgrade their obsolete machines at a price that won’t make their eyes water.

However, as the title suggests, SSDs have their own drawbacks. Previously in our blog we had already compared HDDs and SSDs, talked about the determinants of SSD longevity, and explored the future of storage technology — in this article we’re going through the main cases of SSD failures, and the most common symptoms they’re accompanied by.

First and foremost, there’s one important thing to note before we get to the signs of SSD failure.  Because these devices, as stated previously, are heavily dependent on power supplies capacitors and free of moving parts, solid-state drives are vulnerable to malfunctions caused by voltage drops/power surges or logical errors rather than physical damage. Thus, in contrast to traditional hard disks that tend to warn users about a failure with beeping, rustling, grinding, or other well-distinguished sound coming from the system unit, a dying SSD won’t be making noise to tell you that something is wrong.

So, here are some SSD failure symptoms to watch out for:

So, if your system begins to behave strangely, and especially if you notice one of these symptoms — make sure to check the health of your disk before proceeding to avoid losing important data.

The issues listed below may explain some of these failures. Feel free to use this as a troubleshooting guide to define and eliminate the problem. 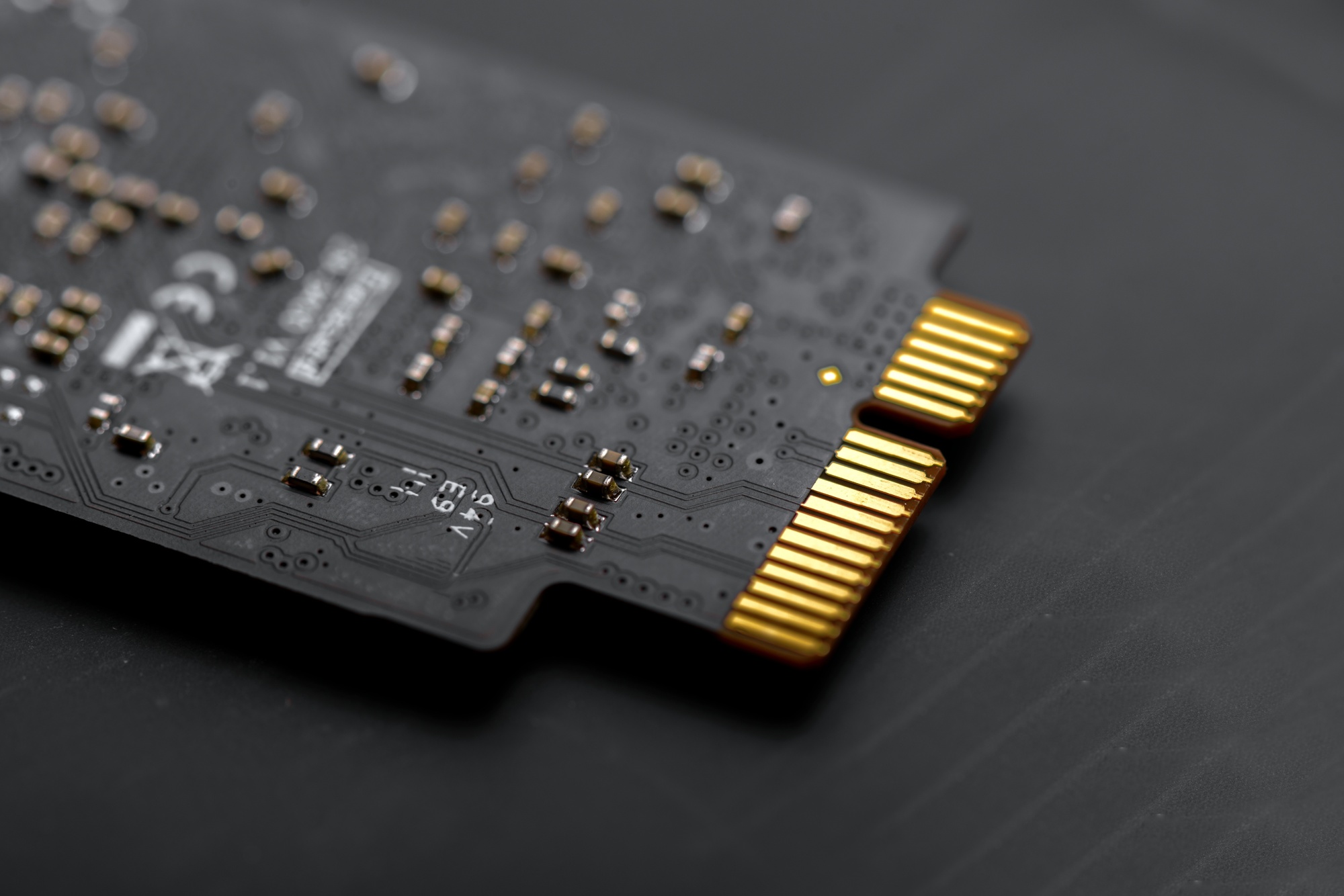 Let’s start with the basics: turn off your computer and turn it back on; look for any signs of activity, like data transfer or blinking power indicators. If the SSD is able to power up, the problem may be caused by a software misconfiguration or a setup issue. For this reason, before you start interfering with BIOS or decide to format your drive, open up your desktop or laptop to make sure everything is aligned correctly, and all cabs in place. Consider the peripheral connections; while an external device may be contributing to the problem as well, it will be better to remove all peripherals that are not necessary for basic computer’s operations and see if this solves the problem.

It is also possible that it is not the SSD that is responsible for errors and failures, but a rogue application. In order to troubleshoot the malfunction, reboot your computer in Safe Mode and see if the problems persist. Secure Mode works with a minimal set of drivers and can be a useful way to see if your computer software is failing.

To enable Safe Mode, press F4 when starting the computer (on Windows) or reboot your machine holding down either Shift key on the keyboard.

Make sure the main operating system, critical software and drivers are up-to-date. Run your computer’s built-in system software update tools. Damage or corruption of the file system may also contribute to instability of the storage device. Launch your favorite disk utility to check if the file system installed on this SSD is working properly and see if it identifies any problems that need to be handled. The good news here is that firmware problems on SSD drives often mimic obvious hardware malfunctions, which means that the problem may not be as bad as it seems at first glance.

Finally, you can try to reinstall the operating system with the help of built-in recovery facilities to see if this can help fix your SSD’s instability issue.

Self-Monitoring, Analysis and Reporting Technology, or S.M.A.R.T. for short, is a handy self-diagnostic technology that is built into most modern drives to identify potential problems with hard drives / SSDs and determine the overall health of the device.

However, this is not going to be very helpful for disks that are experiencing sudden failure; most commonly, it can be used to track the gradual loss of drive performance — such as that associated with normal wear and tear. To get S.M.A.R.T metrics, you must use a third party software like Speedfan.

Similar to the problem of “bad sectors” that often occurs on hard drives, SSDs can suffer from “bad blocks”. Bad blocks can cause a variety of problems, including data loss and file system corruption, errors in reading files and many others, which we will discuss in more detail below. 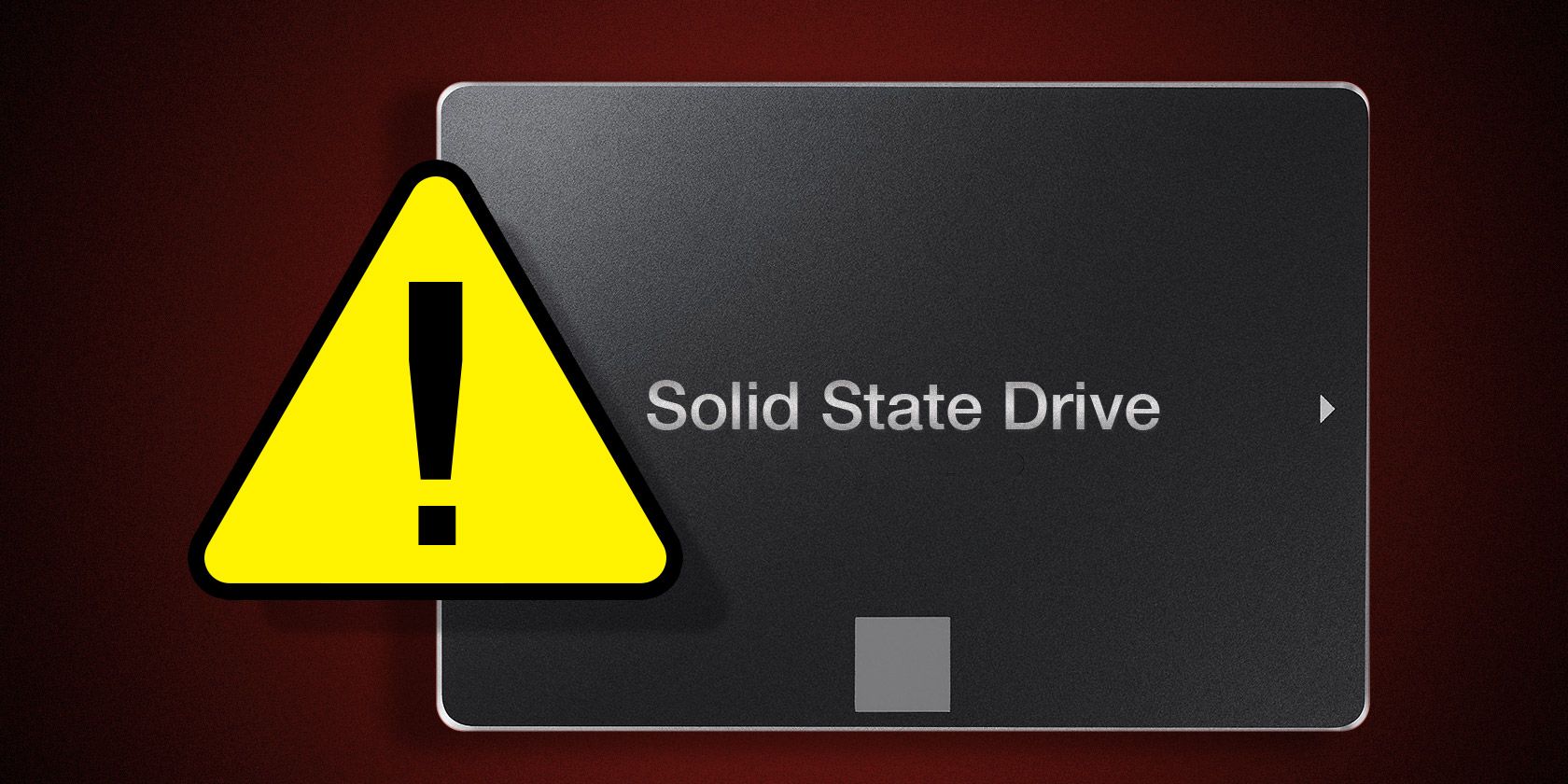 File Cannot Be Written Or Read

If you try to open or save a file, but it takes an unusually long time and/or ends up with an error message saying: “The finder can’t complete the operation because some data can’t be read or written”, it is most likely that you are dealing with a file system corruption.

In this case, two scenarios are possible:

What else could indicate that the file system has been corrupted is a confusing message that “Your PC needs to be repaired”. Fortunately, the solution to this difficulty is very simple and doesn’t require any special skills. Windows, macOS and Linux come with built-in tools for repairing a damaged file system. Whenever such an error occurs the screen, OS, whichever one you use, will prompt you to run the appropriate tool, so all you have to do is follow the instructions and be patient till the process is fully finished.

Frequent crashes are known to be one of the surest symptoms of a failing SSD. Of course, it’s true that crashes and failures can be attributed to plenty of other computer problems as well, but if your machine encounters failures during the boot process or is working fine only after a few restarts, it means the SSD is nearing its end, and there isn’t much you can do. If you don’t feel like purchasing a new drive right away, just make sure to backup your data and reinstall Windows as soon as possible.

You may also be interested in: How to Fix Windows Detected A Hard Disk Problem

After all, here’s a bit of curious statistics to finish with. Although SSDs have a lower failure rate than fragile hard disk drives, they do have higher failure rates. For instance, so-called uncorrectable errors are comparatively common in SSDs: according to studies, over 20% of SSDs develop uncorrectable errors within four years — while 30% to 80% develop bad blocks for the same period of time.

Summarizing: one day mankind will surely invent eternal motors and non-wearable machines, but for now you only need to remember just a few simple rules: that it’s important to shut down computers and laptops properly, that it’s necessary to perform data backups on a regular basis and that experts at SALVAGEDATA are always happy to help you return important files, regardless of the complexity or volume of recovery!